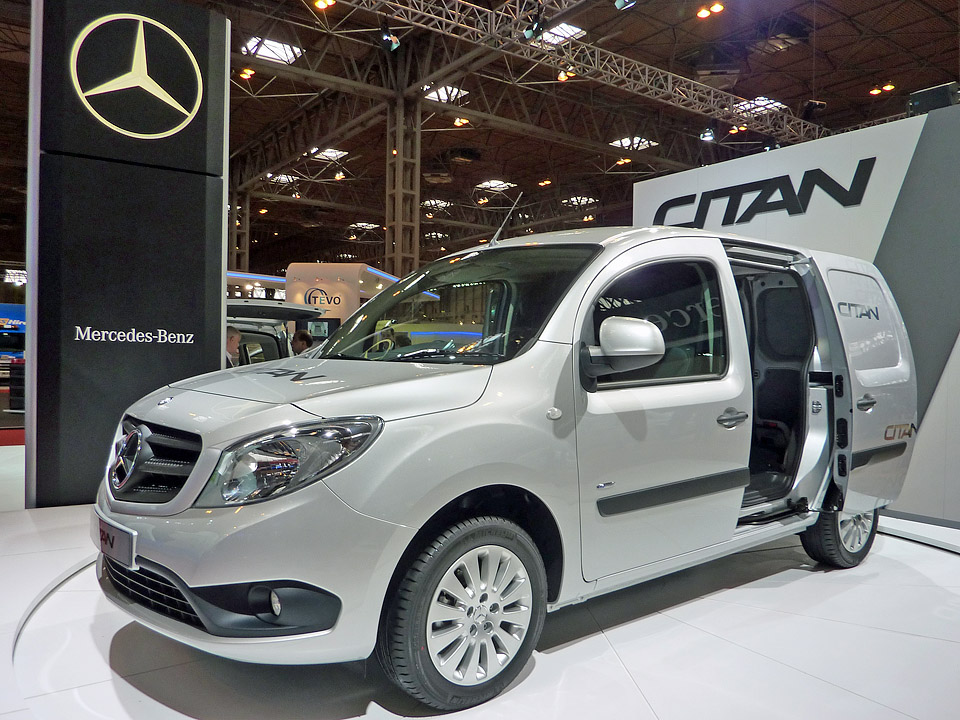 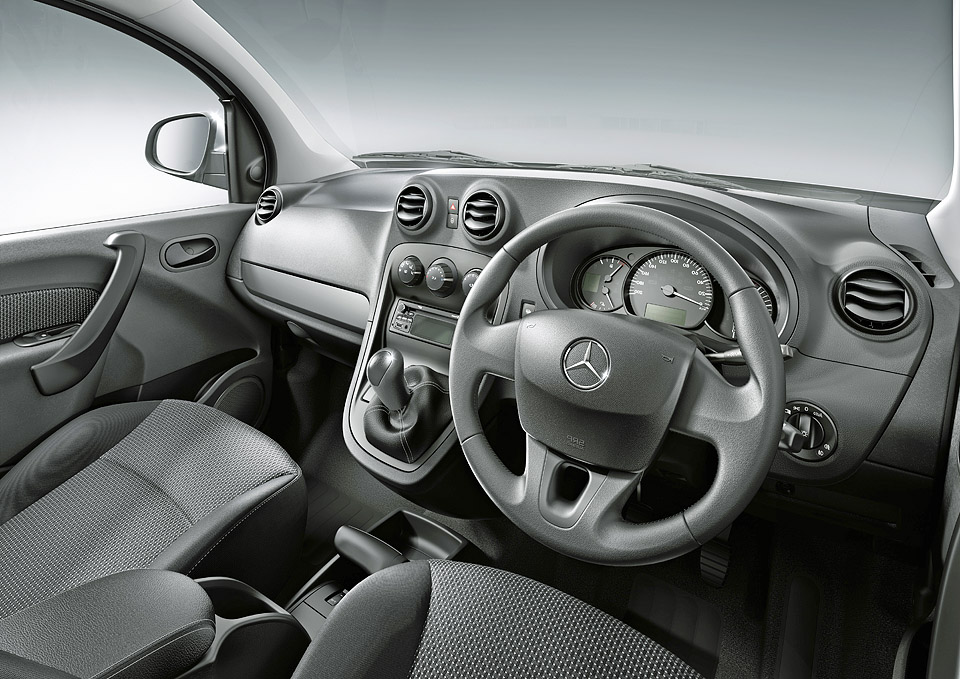 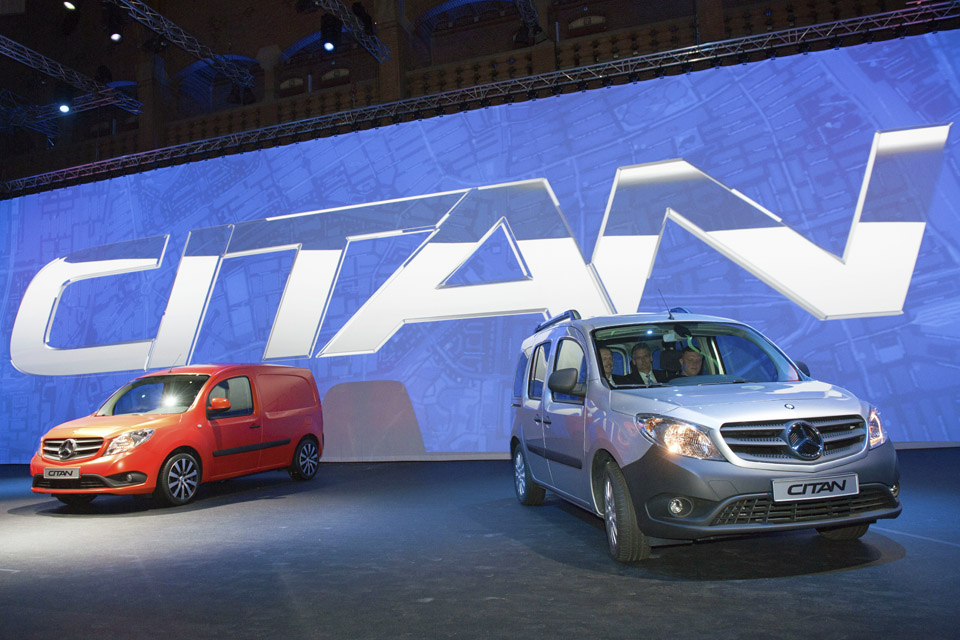 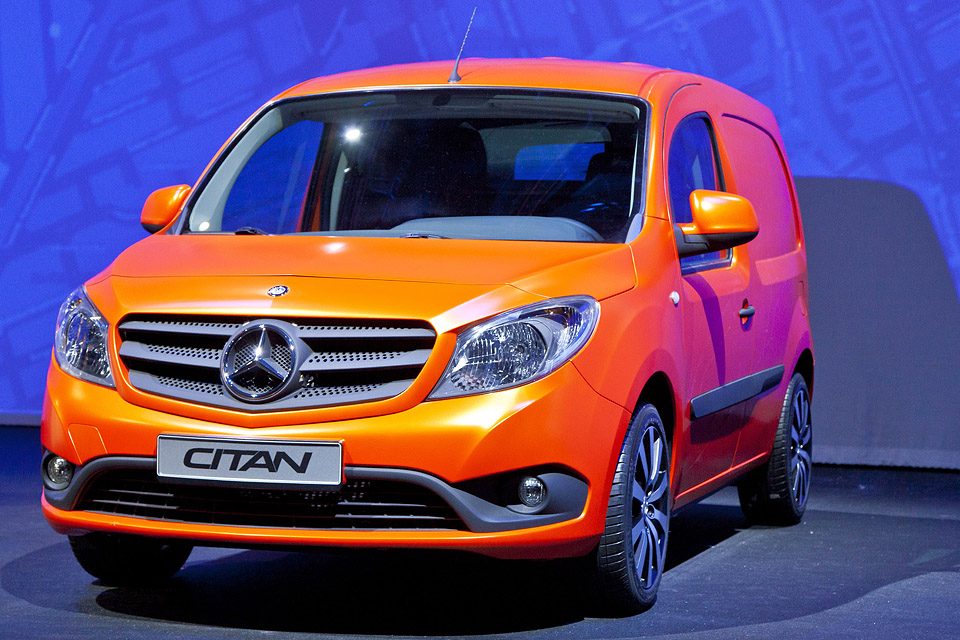 The Mercedes-Benz Citan Van is the new small van from the German manufacturer and also their first brand-new light commercial vehicle model since the Vito was added to their range back in 1995.  The Citan received its World Premiere at the 2012 RAI Motor Show in Amsterdam and has been available in the UK since early 2013.

Citan is the result of a design collaboration between Mercedes-Benz and Renault.  It shares the Renault Kangoo's 1.5 litre turbo-diesel engine, although Mercedes have tuned and tweaked it to their own specifications.   Step inside the spacious cab of the Citan and you will also note that the Kangoo's "aeroplane cockpit"-inspired handbrake is also retained by the tri-star brand.  On the whole, the interior is functional rather than luxurious, but Mercedes make a point of highlighting the robust load-carrying capabilities of this small van.

For environment-conscious fleet operators, an optional BlueEFFICIENCY package is available, which includes ECO stop/start technology, Intelligent battery & alternator management and Tyres with optimised rolling resistance, to return fuel economy figures of up to 65.7 MPG.  The Citan comes with a 3 year, unlimited mileage warranty and with service intervals of up to 24,000 miles, cost of ownership is a huge selling point for this van.

There is also a crew cab/kombi 5 seat version available - known as the Dualiner - with fold-down rear seats.

Mercedes-Benz famously chose MacGyver to market the Citan in a series of TV advertisements, along with the tag line "Every hero needs a strong partner".

Since its launch there has been some confusion over how the name of the model is pronounced! The correct way to say Citan is Sit-an" and NOT "Site-an".

You can view the Mercedes-Benz Citan panel van from all angles in the YouTube video below: