Keep Your Cool with Air Conditioning!

Because the UK has a temperate climate, many people have thought that air-conditioning in their vans would be a rarely-used luxury and not worth any extra costs. But climate change and the recent very hot summers, means the benefits of Air Con are now generally accepted and appreciated! 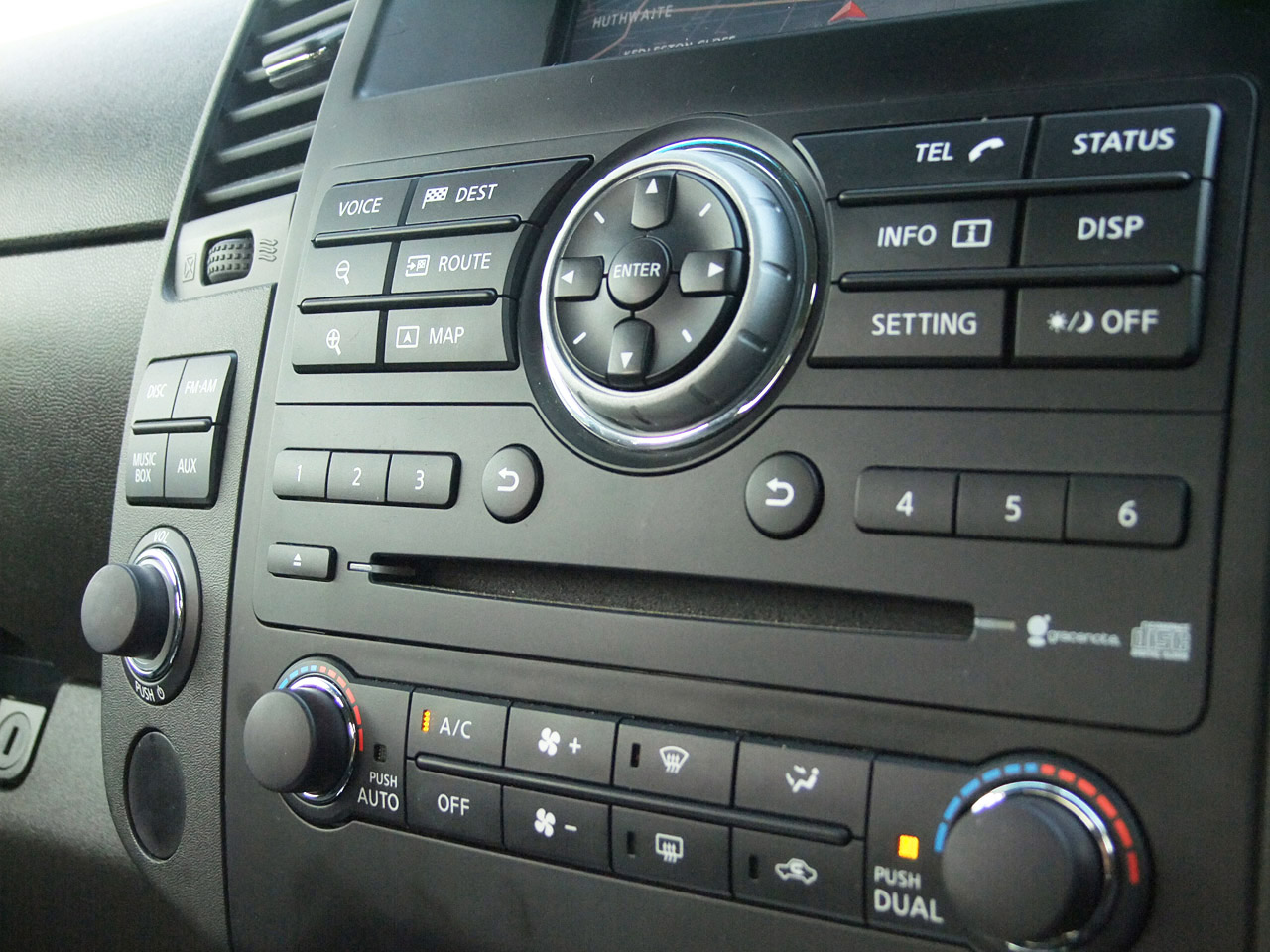 Being stuck in a traffic-jam on a hot summers day can be extremely unpleasant - with all the exhaust fumes coming straight into your open windows, and if you are dressed for business - (and hot under the collar) - this is probably the time when you wished that you'd bought a van with Air Conditioning!

Often asked - does Air Con effect fuel economy?
Air conditioning systems are now a common feature in most modern vans... and the simple answer is - 'Yes' - Air Con can use extra energy, but not as much as you may think...

There's an on-going debate regarding the effect of Air Con on the fuel efficiency of a van. Factors to take into account for efficient 'Miles-Per-Gallon' returns are: wind resistance, aerodynamics and engine power, cargo carried and of course driving styles and road/vehicle conditions.

An alternative to Air Con is to simply 'open the windows', but that increases the wind resistance and can add up to 10% on your fuel consumption figures, especially at motorway speeds. And who wants a 70mph gale buffeting your face?

As well as the increase in wind resistance, (and drawing in pollutants) - having your windows wide-open creates extra noise, Air Con is the much quieter alternative - important when listening to your favourite sound-track or talking to customers on your Bluetooth Hands-Free.

On journeys over 15 minutes, (especially on Motorways or fast roads), Air Con's effect on fuel consumption is minimal and it's usually more economical to press the A/C button - than it would be to open a window. Having all the windows closed, the aerodynamics of your van remain at its optimum level.

Getting cool quickly!
When first getting into your hot van, open the windows and ensure that the air vents are set to face-level height. Turn the Air Con on - and set the temperature to as low as possible and the blower as high as it will go.

When the temperature becomes more comfortable, close the windows and raise the temperature of the system to a more suitable level and decrease the blower speed. Remember to point the air vents upwards to ensure the cold air flows down again, (cold air falls and hot air rises).

It's not just for summer
The safety aspect of Air Con is often overlooked but is very important. Air Con provides efficient cool air in the summer and in winter it can provide warm, dehumidified air - quickly helping demist steamed-up windows. Also the cleaner, fresher air (with lower humidity) will enhance driver awareness and help prevent drowsiness.

As well as filtering out pollutants and airborne particles, Air Con keeps the atmosphere in your van cleaner and can also help alleviate the seasonal symptoms of hayfever and not forgetting - Air Con can provide a more pleasant and odour-free environment for both driver and passengers.

My Air Con smells unpleasant
If you notice a nasty smell when you turn on the A/C, the system needs a thorough clean to remove any harmful bacteria that has built up in the airways and vents.

The Air Con 'smell' is caused by fungus, bacteria and other microbes growing inside the evaporator core of the vehicles' A/C system.
A moist environment inside the A/C system can increase the growth of these nasties. Today's vehicle manufacturers have made the modern, up-to-date systems more efficient, but can still be prone to trapping moisture, which in turn, accelerates the growth of fungus and bacteria.

When a garage services your vehicle, they only check the Air Con is working, not that all the components are in tip-top condition. We recommend having your van's Air Con system regularly serviced to reduce wear and tear on the components and avoid any potential large repair bills for the future. Regular Air Con servicing ensures the system is properly topped up with refrigerant (re-gassed), has no leaks, internal pressures are correct and all hoses, seals and pipes are fit for purpose.

It's recommended that your air conditioning should be recharged every two years and the system be decontaminated every year to remove harmful bacteria that builds up over a period of time.
If the gas pressure drops not only will the cooling efficiency be affected but the engine will be forced to compensate by working harder due to the systems' lack of gas pressure. The fuel economy of the vehicle will suffer having an adverse effect on your finances and carbon footprint.

Remember that the Air Con in your van should be run at least once a week, especially in winter - as the seals within the system can shrink and dry-out, avoiding any potential future costs. 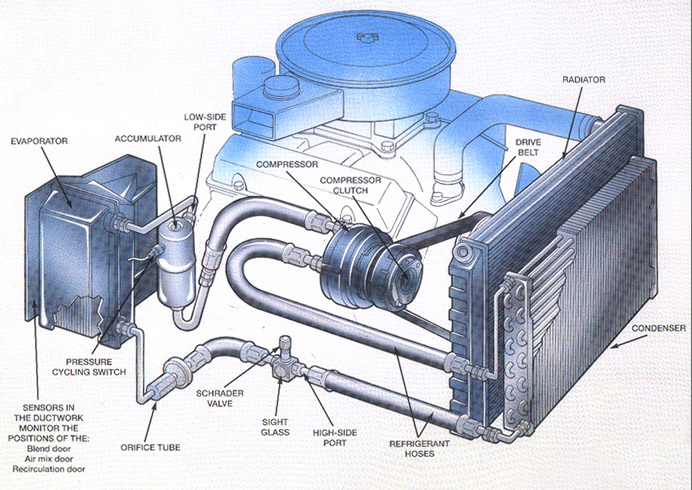 The Compressor
A compressor is the heart of an air conditioning system. It uses refrigerant as a low pressure gas, pumps it up to a high pressure gas and then circulates it into the discharge hose.

Compressors are much like small engines. Most of them have pistons, piston rings, a crank shaft, and bearings, just like a van engine. They need to have oil circulated through them to lubricate all the moving parts. This oil is mixed into and carried with the refrigerant. That's why running an air conditioner without any refrigerant is like running your vans' engine without any oil. Ouch!

All the outside air coming into a vehicle fitted with Air Conditioning passes through a heat-exchanger, which is very cold and quickly becomes covered with condensation that collects and discharges out under the van.

Air entering the heat exchanger contains dust and pollen grains, but once has passed through the exchanger (evaporator) the vast majority of these pollutants will have been filtered out, trapped by the condensate and dripped back onto the road. It is estimated that approximately 80% of all dust and pollen is trapped this way.